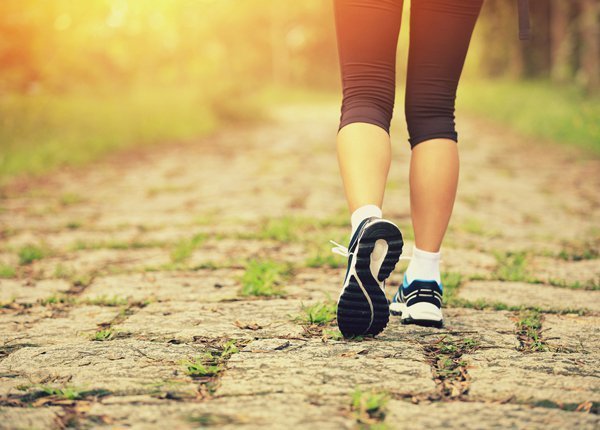 Those numbers have been rising, but researchers say there is a free and relatively easy way to reduce your risk of developing one of these diseases.

It’s the simple act of walking.

The standard recommendation for physical fitness is 10,000 steps a day.

But even a fraction of that can work, according to two new studies unveiled this month.

In a study published this week, researchers stated that people who walk between 4,000 and 8,000 steps a day can reduce their risk of death from cancer or heart disease by two-thirds.

They added that people who walk more than 12,000 steps per day can lower those risks by nearly 90 percent.

That research was presented in early March at the American Heart Association’s Epidemiology and Prevention/Lifestyle and Cardiometabolic Health Scientific Sessions 2020 in Phoenix, Arizona.

“The benefits of exercise, specifically walking, have been studied extensively the past several years,” David DaPrato, DPT, who works in sports rehabilitation and is a professional triathlon coach, told Healthline. “There is good reason behind getting your 10,000-plus steps in each day.”

The study in early March was based on data from 1,923 participants in the national Coronary Artery Risk Development in Young Adults (CARDIA) study.

In addition to their overall conclusions, the researchers also reported that every set of 1,000 steps taken daily over the course of 9 years lowers the risk of obesity by 13 percent in middle-aged women.

In the study, participants wore accelerometer devices to measure physical activity at least 10 hours a day for at least 4 days.

The average follow-up time was 9 years.

Those with the highest step count were 61 percent less likely to have obesity, compared to women who walked the least.

The study didn’t show any association between a lower risk of obesity and the number of daily steps walked by men.

“Many people think that walking is not considered exercise and that walking on a daily basis is not enough to have a positive effect on your physical and mental health,” said Cyrus Khambatta, PhD, the co-founder of Mastering Diabetes, an online coaching program helping people with diabetes reverse insulin resistance. “For people with diabetes, even a short 30-minute walk before or after a meal has profound impact at lowering your blood glucose levels.”

The 10,000 step benchmark goes back to 1965 when a Japanese scientist reportedly responded to the fitness craze surrounding the 1964 Tokyo Olympics by inventing the pedometer.

It was called the Manpo-kei, which translates to 10,000-steps meter.

It sounded like a semi-lofty but achievable goal. And it stuck.

Of course, there can be variations to all those steps.

“My recommendation is 4,000 to 8,000 steps, but quality matters. Four thousand steps out in the countryside going up and down hills may give better health benefits compared to 8,000 steps in a mall. But it’s still better than nothing,” said Sarah Sato, a nurse practitioner specialising in diabetes who recommends daily steps to her clients.

“We see lovely, whole-person changes when someone starts walking regularly,” Sato said. “People often find their sleep improves, their mood can be more stable, and their digestion can become more regular.”

Khambatta said the extra benefits can go even further.

“Most people think that walking is only for their heart and diabetes but… being active can also improve blood flow to your brain, which improves cognition. Studies show that taking more steps on a daily basis can also reduce depression and anxiety. Given an increasing number of people diagnosed with mental health disorders, walking is a simple way to dramatically improve your mental health for free and can also be a social activity at the same time.”

DaPrato says to start slowly and your body will adapt. And you may be grateful later when the cold and flu season comes.

“After some time of consistent walking — usually 3 or 4 weeks — (what was) stress is now not so concerning to the body and is considered normal,” he said. “The body has adapted. So, since either exercise or a foreign bacterium is considered a stressor, the body more efficiently responds to invading bacteria once the tissues have adapted to exercise. This is why individuals who exercise regularly don’t get sick as often.”

Beth Auguste, a fitness trainer and registered dietitian, said walking gets blood to where it needs to go.

“Imagine a credit card. Now imagine trying to tear it in half. You can’t,” she said. “Now, imagine that you bend that credit card backward and forward multiple times. High blood pressure is often the result of stiff blood vessels. When you take a walk, your body needs to get more blood to your muscles quickly. If you think about your veins as similar to a hose, this means that the pressure will be increased. And, in the short term, this is a great thing. Your blood is pumping faster and harder and that increased pressure will have a similar effect on your veins, as the credit card. The frequent recurring pressure and release against the walls of your blood vessels may help to create a loosening effect, leading to more relaxed blood vessels and a lower resting blood pressure.”

Some ways to get in those steps
Mimi Secor is a family nurse practitioner and author of “Debut a New You: Transforming Your Life at Any Age.”

She said the habit of walking is more important than the intensity. Among her recommendations on how to incorporate more walking into one’s life:

Select the fields to be shown. Others will be hidden. Drag and drop to rearrange the order.
Click outside to hide the compare bar
Compare